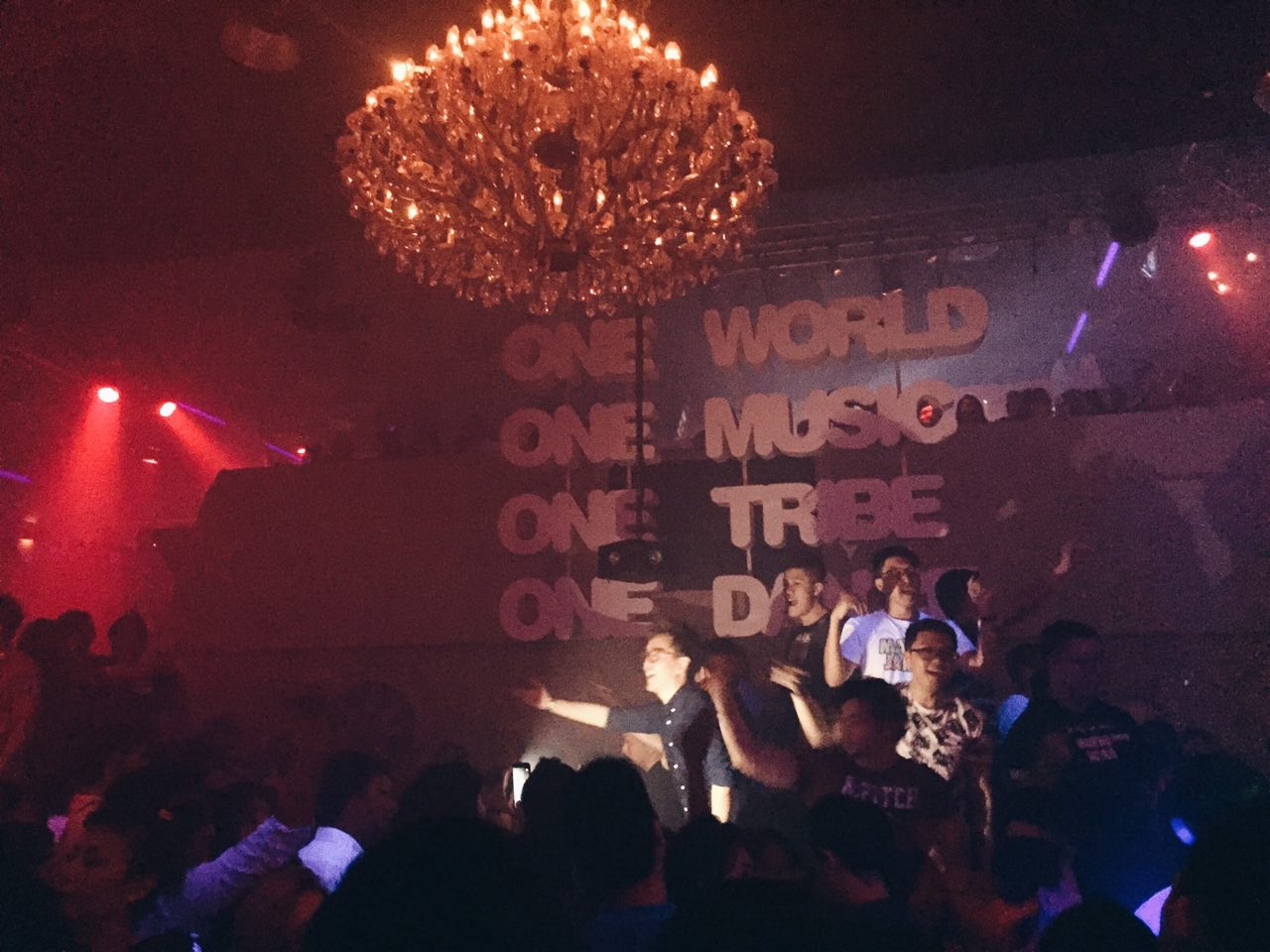 I sheepishly said yes, but that was about to change with the club’s final Mambo Jambo night, to be held on Wednesday, Nov 30, 2016.

Before that night, I’ve only been clubbing twice in my life. My virgin night out was thanks to a generous friend; we had VIP treatment all the way, complete with table and bottle service, and everyone who knew said not to get used to it. The second was Good Friday back in 2014; I was exhausted after an early morning but pressed on. Friends bought me a shot but I was still stone cold sober. Tried to rest in a corner of the club but the bouncer thought I was drunk… Plus I was starving.

Suffice it to say I don’t have fond memories of clubbing, probably because I associate it with negative connotations to begin with.

Growing up in a fairly conservative megachurch, the line was always: We don’t need to club because we have the Holy Spirit! And to be fair, our Sunday services sometimes looked indistinguishable from some dancefloors, save for the bar, alcohol, and explicit lyrics.

I never felt like I missed out, even when friends went out on the weekends. Very much a homebody, I was content staying at home with a book or movie, or going over to a friend’s to have wine and cheese.

So when people asked me about this rite of passage, I couldn’t say I was a part of it. I had no idea what Mambo night was, or why people would queue in the cold for three hours to get into a club, but that didn’t matter – they had their plans, and that’s all good :)

Fastforward a couple of years and I’m not sure what possessed me to say yes to Mambo’s swansong at Jiak Kim. I think it was the promise of going with trusted friends, and 80s music, and perhaps a teeny bit of teenage curiosity that was never satisfied. What’s it like to dance the night away? I’m not quite sure I remember.

The writer in me also decided it would make for a good story, which led to me asking the editors if they’d like one. And so this story was born.

I have to admit, I fretted about not being a Mambo regular. Good stories need context and I’m not sure I had any. All I really knew was that Mambo Jambo is pretty much an institution in this country, it is most newly-legal teens’ first clubbing experience, and that it involves synchronised (and maybe cheesy) moves. It didn’t matter if you could tear up the dancefloor or would trip over your own feet, everyone can Mambo.

Sounded good to me – but there was still the problem of writing a good piece. If this weekly event is so deeply woven into the Singapore story, then I need to get it right.

(Thank God for a journalist friend who reminded me of the basics of feature writing: Get as many details as you can. Go find the most interesting people to talk to. Every bit of information counts.)

I approached the long line tentatively, praying for open minds. There were literally people from all walks of life, some clad in sequin dresses, others in office wear. A man I spoke to wore a pink shirt, suspenders, and a cute bowtie for the occasion. They generously shared memories and stories from decades past, a slice of their youth that I got to partake in, just for two minutes.

There were first-timers too, like another friend’s friends, who burst into raucous laughter when we met (thank you, alcohol). They don’t frequent Zouk, but didn’t want to miss out on Mambo either. The ties of friendship (plus predrinking) helped keep them in the line, despite waiting for two hours. Perhaps being interviewed helped alleviate their boredom too.

But I wasn’t prepared for the scenes within the club. The Mambo Kings were centrestage, all focused on their moves. There were the classics: Summer Rain, Love in the First Degree, It’s My Life, but also odd song choices: Taylor Swift’s You Belong With Me (errr) and Kit Chan’s Home.

It was three hours of hands-in-the-air-wave-them-like-you-don’t-care dancing. I bumped into childhood friends, church mates, all of whom were relieved to get in, but also ready to Mambo.

For the first hour at least, I felt like a fish out of water. I don’t dance. Ever. I didn’t know the lyrics to most of the songs. The synchronised dancing felt slightly weird, contrived even. But after finding some familiar faces and looking around at the crowd, I loosened up a bit. The magic of Mambo, for me, was that there indeed was no divide. It didn’t matter which social class, age group, or demographic you were from. You just dance. Or move your hands. Or smile at the Mambo Kings who so passionately guide the crowd.

It is in the fleeting moments, when everyone sings in unison and waves both arms around, that you realise you want the night to last forever.

I had one sip of alcohol the entire night (friend’s friend bought a jug of Long Island Tea, I think – he helpfully mentioned it was Chinese tea ha ha ha), but that didn’t matter either. I was buzzed enough to move my feet and shrug my shoulders, just because.

The Mambo community is a special one. I’m not sure last night’s crowd reflected that, but I was amazed by the lengths we’d go to, just to relive one night. It takes commitment, but also the willingness to buy into a shared story, that Mambo really is bigger than ourselves and a retro playlist.

And that’s why, sometime around 2am, I decided that the story would be about the magic that is Mambo; the power of a song to bring people together.

Some guy (I forget his name) joined the dancefloor then. He asked: “So what’s your story? I want to hear all about you.”

Unaccustomed to holding conversations in a noisy place, and not really knowing how to answer, this was what I said: “What’s my story? This. Zouk’s final Mambo night. This is my story.”

‘End of an era: Singapore bids Mambo Jambo at Jiak Kim farewell’ was published on channelnewsasia.com on Dec 1, 2016. You can read the full story here.